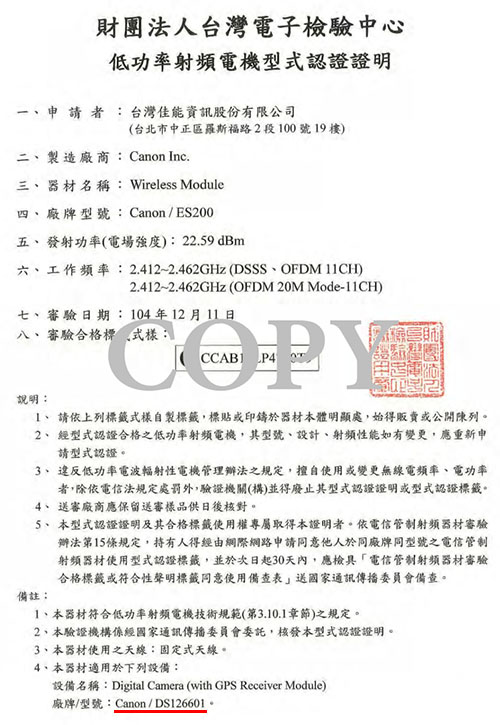 According to another bit of leaked information, the registered camera will have built-in Wi-Fi and GPS, as already confirmed before. The Canon 5D Mark IV is rumored to have a 28MP Full Frame Sensor, DIGIC 7 image processor, 4K video, 9fps, ISO 100-51200 (extended to 204800) and more great improvements.